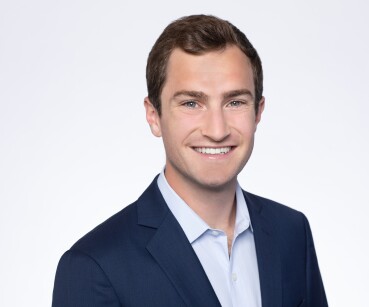 Ben Albright is an Associate at Carrick Capital Partner where he is involved with thematic sourcing, evaluating potential investments, and supporting teams on existing investments. In his role, Ben focuses on several sectors including IT Infrastructure, DevOps, Cloud Technology and LegalTech. Prior to joining Carrick, he worked for Goldman Sachs as an investment banking analyst in the Real Estate, Gaming, and Lodging coverage group.

Ben graduated from the McIntire School of Commerce at the University of Virginia with a BS in Management and Finance in addition to a degree in Art History. He lives in San Francisco and enjoys biking, skiing, cooking, and traveling locally as a private pilot.