Many Don’t Know What It Means to Be Prepared; Disaster Recovery Expectations Vary

Los Angeles, CA (June 10, 2020) - Research from Infrascale, a cloud-based data protection company providing industry-leading backup and disaster recovery solutions, indicates that the vast majority of small and medium businesses (SMBs) both expect the unexpected and feel that they’re ready for it – though they may not be. Ninety-two percent of SMB executives said they believe their businesses are prepared to recover from a disaster. However, as previously reported, more than a fifth of SMB leaders said they don’t have a data backup or disaster recovery solution in place.

The Infrascale research released today also indicates that about a sixth (16%) of SMB executives admitted they do not know their own Recovery Time Objectives (RTOs), although nearly a fourth (24%) expect to recover their data in less than 10 minutes after a disaster and nearly a third (29%) expect to do so in under one hour following a disaster. An RTO is the time between the start of recovery to the point at which all of an organization’s infrastructure and services are available.

“The latest results from our survey are quite surprising, as they suggest that most SMBs think they are prepared to recover their data and be back up and running after a disaster. Yet more than one in five of those same respondents said they do not have a disaster recovery or backup solution in place,” said Russell P. Reeder, CEO of Infrascale. “That data suggests that there are either varying definitions of what it means to be able to recover from a disaster or, quite simply, a lack of understanding of what it truly means to be able to recover from a disaster. Make no mistake, if a business does not have a disaster recovery solution in place, or at the very least a solution to back up its data, there is no way it can get the data back from a data loss event.”

The Infrascale research is based on a survey of more than 500 C-level executives at SMBs. CEOs represented 87% of the group. Almost all of the remainder was split between CIOs and CTOs.

While 84% of the total SMB survey group said they are aware of their organizations’ RTO, the rest revealed that they are not. More business-to-consumer (B2C) company leaders are in the dark about their organizations’ RTOs than business-to-business (B2B) C-level executives. More than a fifth (22%) admitted they do not know their RTOs, while a tenth (10%) of B2B leaders said they lack such knowledge.

The Infrascale research also analyzed RTO from an industry vertical perspective. It found that more than a quarter (26%) of telecommunications leaders said their RTO was 10 minutes. This was the No. 1 answer for this sector. Meanwhile, the top answer of executives in the accounting/finance/banking and retail/e-commerce sectors said their RTO was under an hour, with this answer getting 36% and 29% of the votes, respectively. The No. 1 answer for healthcare, garnering a 35% share from this sector, was an RTO of one day.

“Having a low RTO can be achieved one of two ways: you either have redundant, highly automated infrastructure or an expensive disaster recovery solution. If you’re willing to trade just a little amount of time for cost, you can achieve a reasonable RTO with an affordable disaster recovery solution, such as Infrascale,” said Reeder. "Every industry uses technology differently to achieve their business goals, which in turn will have a different requirement around the redundancy and availability of their systems. While it may be possible to have an RTO of less than one minute if you implement redundant systems, those costs usually outweigh the benefits.”

When business leaders were asked how long they expect it will take to recover their data after a disaster, nearly a fourth of the total group (24%) and a third of telecommunications executives (33%) said under 10 minutes. Thirty-eight percent of the accounting/finance/banking group and 31% of retail/e-commerce leaders said under one hour.

Disaster Recovery Has a Range of Definitions and Industry Vertical Viewpoints

“The fact that 58% of the survey group said disaster recovery means getting data back after a loss, yet one in five say they don’t have a solution in place to do this, and most SMBs still believe they are prepared to recover for a disaster does not add up,” said Reeder. “It highlights the need for SMBs to do detailed assessments on their true disaster recovery readiness or face the very real risk of being totally unprepared in the unfortunate but ever-present event of a disaster.”

“Every business is unique. But one thing all organizations and sectors have in common is the need to eliminate downtime and data loss,” said Reeder. “Whether a business is dealing with a server crash or a site-wide disaster, unplanned downtime comes with serious consequences. Businesses can dramatically reduce downtime, quickly recover from ransomware attacks, and avoid paying ransoms by employing disaster recovery as a service. SMBs also can get ahead of an anticipated disaster such as a hurricane by failing over to their disaster recovery solution before the disaster is expected to hit, completely mitigating any downtime.”

Healthcare (67%) and business-to-consumer entities (48%) both said the top reason their organizations are not prepared to recover from a disaster is that they have limited time to research solutions. Half of the SMBs in the accounting/finance/banking group (50%) said their businesses are not prepared because their IT teams are stretched.

The top answers from the business-to-business survey group regarding lack of preparedness to recover from a disaster were that they don’t have the right resources or the budget. Both answers garnered nearly a third (31%) of the vote from business-to-business organizations.

“This survey data highlights how important it is for businesses to understand and address their disaster recovery risks before it’s too late,” said Reeder.

Despite Variations, Most SMBs Across the Board Have Faced Micro-disasters in the Past Year

Yet for any differences among industry sectors, one thing all SMBs seem to have in common is suffering from malware infections, corrupted hard drives, and/or other micro-disasters. More than half (51%) of the survey group said they had faced such events within the past year.

“If there’s one thing we’ve all learned this year, it is to expect the unexpected,” said Reeder. “But businesses – regardless of industry sector – can prepare for events like ransomware attacks, server crashes, and site-wide disasters by implementing disaster-recovery-as-a-service solutions. A DRaaS can enable organizations to quickly recover from ransomware attacks without ever having to pay ransoms and it dramatically reduces business downtime from any IT-related event.

“The Infrascale Disaster Recovery solution does that by backing up physical servers and virtual machines to a local appliance before it is replicated to the cloud,” Reeder added. “When a server crashes or a file needs to be restored, businesses can quickly restore recently backed up files locally or from the cloud. And in events – such as natural disasters – where both the primary server and the DR appliance are unavailable, systems can be spun up in the cloud as a temporary center of operations until primary servers are restored. This hybrid approach enables businesses to spin up virtual machines locally or from the cloud, enabling business users to access their data and applications from a temporary production site, giving them time to fix the root problem.”

About Infrascale
Founded in 2011, Infrascale provides comprehensive, cloud-based data protection by delivering industry-leading backup and disaster recovery solutions. Combining intelligent software with the power of the cloud, Infrascale removes the barriers and complexity of secure, offsite data storage, and standby infrastructure for real-time disaster recovery. Trusted and recommended by leading independent industry experts, Infrascale equips its customers with the confidence to handle the unexpected by providing greater availability, better security, and less downtime when it comes to their data. Visit http://www.infrascale.com or follow us on Twitter at @Infrascale for more information.

Why We Are Different
We have a concentrated number of companies in our portfolio so that we can build substantial relationships with each management team and ensure our firm's commitment to each company's goals.
About Us
Latest News 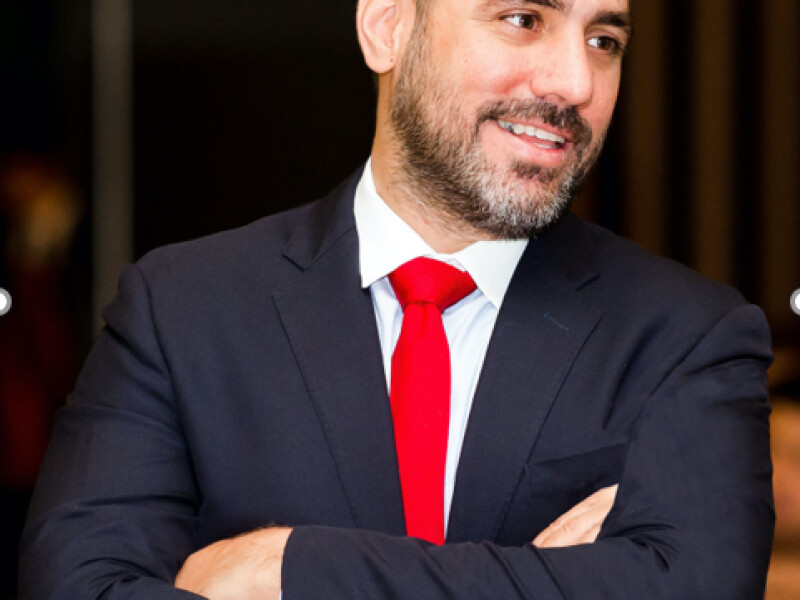 Our Companies
Q&A with Brandon Daniels, CEO of Exiger
Can you explain exactly what your company does and what problem it solves?